Download the latest “Teddy Sport” App to make your online booking (available for both Apple and Android users) Very user-friendly and convenient!

Legacy Tennis Academy is primarily based at
Alberhart Tennis Club in Randhart, Alberton.
However, we offer our Coaching Services at
Mondeor Tennis Club, as well as a number of
schools within the area (Waterstone College,
Marais Viljoen, Dalmondeor Primary, St
Martins High School and Orion).
We currently have 8 coaches providing
lessons to approximately 225 plus students.

Our passion and dedication to the game of
Tennis continuously pushes us to strive for
excellence in all we do. It drives us to
continuously find ways to grow and develop
the talent within the South-Eastern part of
Johannesburg. 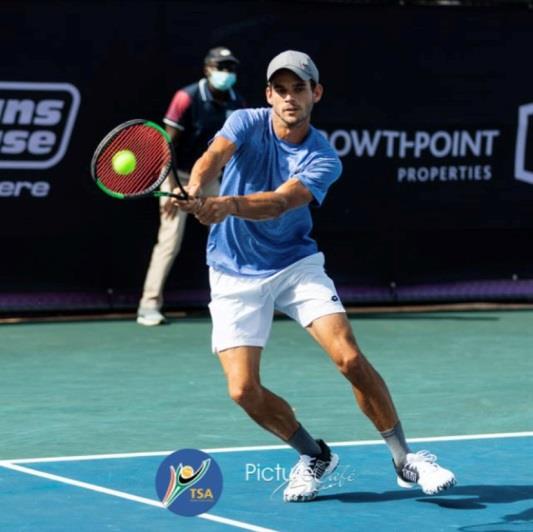 As a junior tennis player, I finished off my U18
campaign ranked #2 within South Africa and a
World Junior Ranking of #371. Some of my
highlights were winning 3 IFT’s (International
Tennis Federation) Titles.
I then attended Tyler Junior College in Texas,
The USA, which was and still is ranked #1 in the
Nation for their Division, on a Sports
Scholarship. I completed 2 years at Tyler, and
then transferred to Mississippi State
University, which was and still is ranked Top
20 in NCAA.
I am currently ranked #5 in South Africa for
Men’s Singles and #3 for Men’s Doubles with
an ATP Singles Ranking of #1170 and ATP
Doubles Ranking of #760

My Coaching Career started in 2015 when I
was afforded the opportunity to work as a
Coach for the Summer Camp hosted at Tyler
Junior College during the Summer Break.
In 2016 I had the privilege of working at the
Nike Malibu Summer Camp hosted at
Pepperdine University in Malibu, California for
3 months.
I became a full-time Coach in 2017, coaching
at Eagle Fustar Elite Performance Academy in
Santa Clara, California, where I got to work
with some of the Top Juniors in the USA.
In 2018, I decided to move permanently back
to South Africa to pursue my Coaching Career.
I started coaching at D.F.T.C. in 2019, and
have found me forever home.
January 2021, saw me and Janet Jooste
take ownership of D.F.T.C and have now been
given the opportunity to grow something that
has already had a successful foundation with
an exponential amount of potential to become
something far greater. 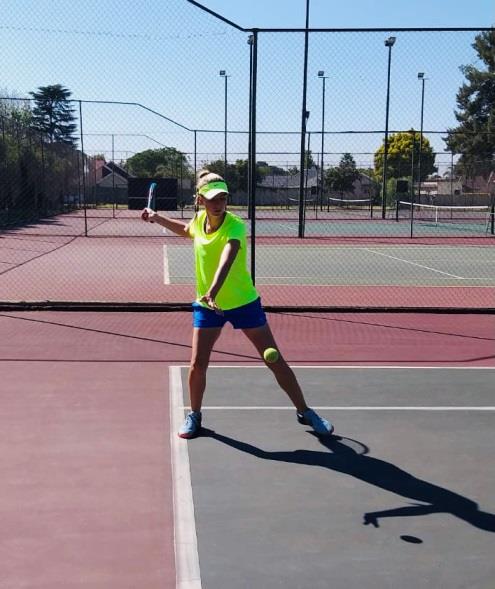 Tennis has been a part of my life since the age
of 9 years old.
During my Junior Career, I topped the TSA’s
(Tennis South Africa) ranking list at a high of
#10 in singles and #8 in doubles.
I finished my U18 campaign ranked within the
Top 50 of South Africa.
After completing my School Career, I started
coaching Tennis and decided to start my
studies towards a BEd Degree in the
Foundation Phase. I am currently completing
my final year of studies

I have been coaching Tennis for the past 15
years. Some of my highlights thus far have
been able to work in the UK during 2008 with
some of the Top Junior Players and Schools in
Salisbury.
I spent some time at the Nick Bollteri Tennis
Academy in Florida, the USA during 2009 gaining
knowledge and experience working with junior
players.
From 2009 to 2012, I coached the St Andrews
Girls School tennis teams, where our A-Team
topped the League in their school district. I
also spent some time working with
surrounding schools like Holy Rosary and
Saheti.
I joined DFTC in 2013, where I have been
heading up the School Tennis section within a
number of schools like Waterstone College, St
Martins High School, Marais Viljoen, Randhart
Primary and Orion. Our aim has always been,
and continues to be to develop talent within
our surrounding schools.

Please use the following form to find a class and make a booking in an area near you.

You can now view course information and register your child for classes in the section below. Please make a selection (click left to right) and scroll down to see dates and times.

If you are interested in finding out more about setting up a Teddy Tennis Franchise anywhere please fill in the details on this form, and we shall get in touch.

Where are you located?